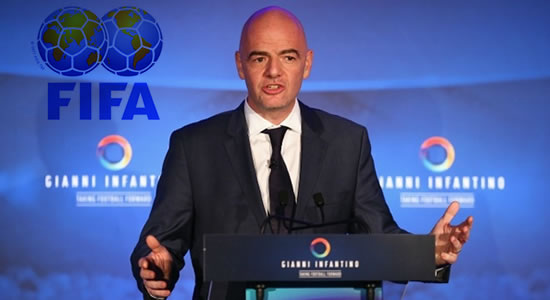 Fifa president Gianni Infantino has refused to rule out postponing future international football matches in response to the escalating global threat of the coronavirus.

A number of international fixtures like the Olympic Games, Euro 2020 playoffs and several friendlies are scheduled for the final week of March; - the president said he is hopeful that this year's European Championship tournament and the Olympic Games will go ahead unaffected but uncertain about March fixtures.

"I wouldn't exclude anything at this moment. I hope we will never have to get into this direction. I think it will be difficult in any case to make a global ban because the situation (in each country) is really different," - Gianni Infantino

"The health of people is much more important than any football game. The health is beyond anything and that's why we have to look at the situation and hope that it (the coronavirus outbreak) will decrease rather than increase. At the moment it looks like it is still increasing. If games have to be postponed or played without spectators until it is over then we have to go through with that."

The President added that "I think the Euros will take place in June. Before that, we have many matches at international level with lots of travelling involved as well so I think we have to monitor the situation and those in charge, the government, the institutions they also take decisions on what is allowed and what isn't, We don't have to panic. I am not personally worried as well. But we have to look at it seriously. We can't underestimate and say it's nothing but we don't have to overreact and panic. We have to follow the instructions given by the authorities."

On the other major tournament (Olympics) of the year, "We all hope the Olympic Games will take place as planned and that we can travel safely to Japan in the summer," he said.

The spread of the virus has already hit sporting events and on Thursday Italian club Inter Milan was forced to play their Europa League home match against Bulgarian side Ludogorets at San Siro behind closed doors. The outbreak could yet threaten the continent-wide Euro 2020 football championships starting in June and the Tokyo Olympics, due to get underway in July.