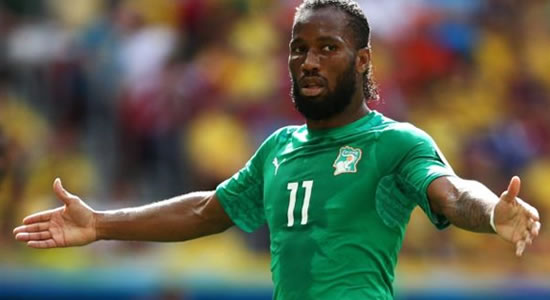 Former Chelsea star player, Didier Drogba has revealed that he was glad the European super League has crashed on arrival. Drogba opined that the Super League has threatened the very fabric of football value and the smaller team from folding up.

Recall that in a controversial way, 12 of the European big Clubs - the Premier League’s so-called ‘big six’, plus Real Madrid, Barcelona, Juventus, Atletico Madrid, AC Milan, and Inter Milan had on Sunday night unveiled their plans to commence a football league called Super League which offered immunity from relegation for founding members.

In a twist, Chelsea and Manchester City in just 24hrs later pulled out from the European Super League after receiving a backlash from fans, politicians, and pundits.

However, the Chelsea Legend, Drogba while reacting to the development through his official twitter handle said, “Promotion, relegation, unexpected results is what drives the emotions of the game, Being together, as players, as fans… that’s what makes it the beautiful game. “Little” @EthnikiOmad beating the “big” @selecaoportugal a few years ago, @kkcrvenazvezda beating my team @OM_Officiel.

“Or even @LCFC working hard to win the @premierleague title in front of the “big four” is what makes football the beautiful game. Imagine all this effort and not being allowed to compete against other teams because you’re not one of them despite playing the same game.

The Cote D’ Ivory International added, “Is a kind of discrimination. I’m glad this project is not happening for the sake of the beautiful game and our amazing fans all around the world.”