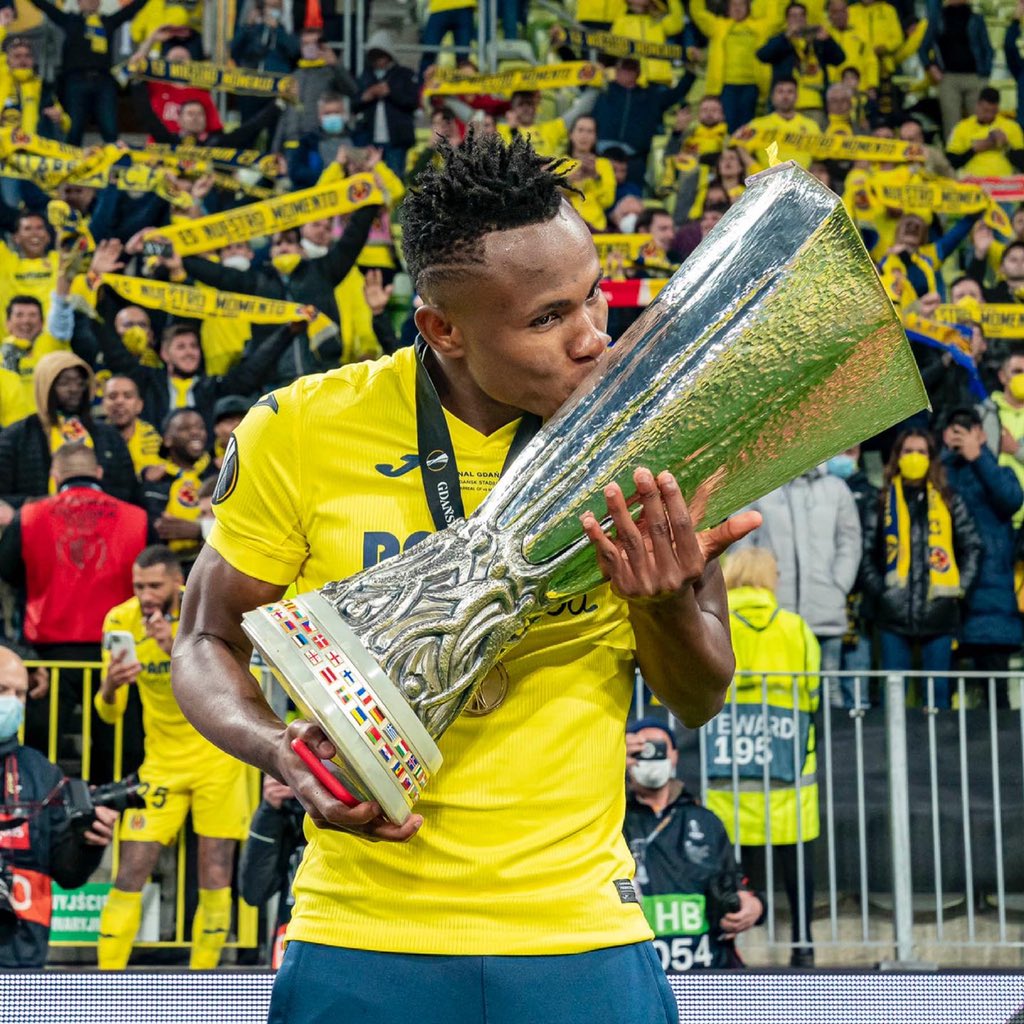 Super Eagles winger Samuel Chukwueze has joined the likes of Kanu Nwankwo, Taribo West, Chidi Odiah, Victor Moses, and Mikel John Obi as the only Nigerians to have won the UEFA Cup / Europa League. A David de Gea spot-kick miss secured the Europa League to Villarreal after neither side could win the game in normal and extra-time. Although Chukwueze missed the game as a result of the injury he picked up in the semi-final clash against Arsenal at the Emirates Stadium, however, Gerard Moreno’s 30th goal of the season gave the Underdogs the first-half lead before Edinson Cavani levelled after the break.

The game proceeded to extra-time as nothing could separate the sides before heading to a penalty decider. All ten outfield players on both sides found the net with their spot-kicks, before Villarreal's keeper Geronimo Rulli made himself the hero, smashing home his own penalty before denying De Gea's kick and hence ended United’s hopes of ending their four-year trophy drought in Solskjaer’s first final in charge.