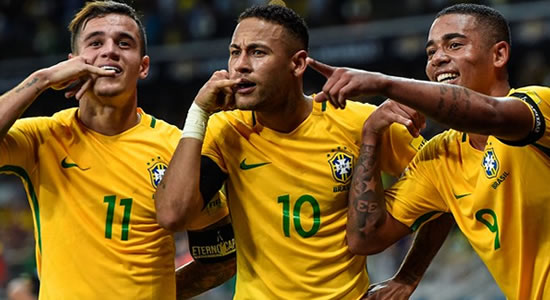 Argentina and co-host Colombia has been stripped from hosting the CONMEBOL Copa America 2021 due to the current surge in COVID-19 pandemic and social unrest in the initial host and co-host countries. With these uncertainties, Brazil has been selected as the new host to South America’s largest football tournament.

The decision was made less than 24 hours after South America’s football governing body announced Argentina would no longer stage the event that is due to start on June 13 and last until July 10.

According to CONMEBOL “The CONMEBOL @CopaAmerica 2021 will be played in Brazil! Tournament start and end dates are confirmed. The venues and the fixture will be informed by CONMEBOL in the next few hours. The oldest national team tournament in the world will thrill the entire continent!”

CONMEBOL president Alejandro Dominguez said it was a unanimous decision that the council took to have Brazil as the host nation. He also thanked original co-hosts Argentina and Colombia and stated that opportunities will come along for the two countries to stage events in the future.

Defending champions Brazil last hosted the last Copa America, in 2019. CONMEBOL is expected to announce the venues and dates of matches in the coming hours.