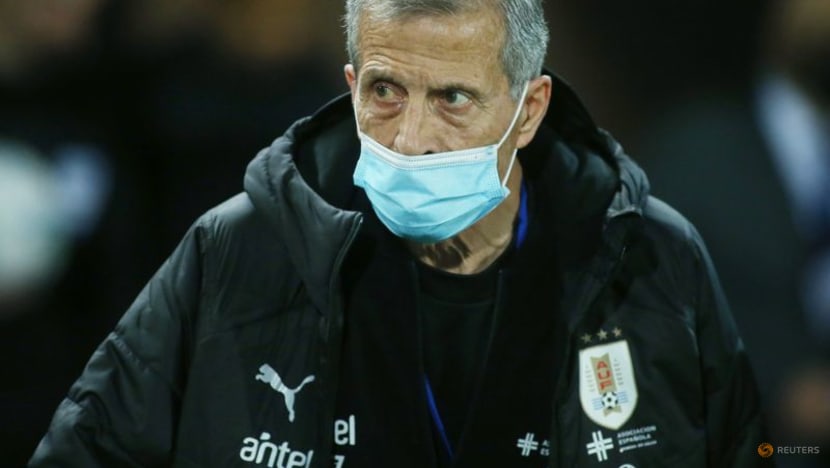 Uruguay has sacked Oscar Tabarez after 15 years in charge of the national team following a poor run of results that leaves the country’s World Cup qualification hopes in the balance. The 74-year-old, nicknamed ‘El Maestro’ for the manner in which he revolutionised Uruguayan football after taking over for a second spell in 2006.

The former school-teacher holds the world record for most games in charge of one nation — 224. Under his direction, the side came closest to recapturing the glories of their two World Cup triumphs in 1930 and 1950. They reached the semi-finals of the 2010 World Cup and won the Copa America the following year.

His dismissal comes with Uruguay having lost their last four games in their World Cup qualifying group. With four matches to play, they sit a point behind both Colombia in the final automatic qualification spot and Peru who occupy the play-off place. Chile is also above them on goal difference.

A statement from the Uruguayan Football Association (AUF) read: “The AUF Executive Committee informs that it has resolved to terminate the contract of Mr Oscar Tabarez and other members of the coaching staff of the senior national team.

“We emphatically express that this decision does not ignore the important contribution of Tabarez to Uruguayan soccer. We salute and acknowledge the fundamental sporting achievements obtained in these 15 years, which once again placed Uruguay at the top of world football.

“We express our respect and appreciation for the professionalism and dedication he showed during his time in charge and the immeasurable legacy that this fruitful period leaves in the history of the national team.

“The AUF Executive Committee has made this difficult decision under present circumstances, committed to the near future and obtaining the results we all hope for.”

His final match in charge was a 3-0 loss to Bolivia on Tuesday.