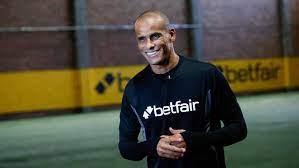 Manchester City head-on is slated for this weekend. Former Brazilian Legend, Rivaldo has made a prediction ahead of the Manchester United and Ma The former Barcelona midfielder states that Pep Guardiola's side would floor Erik ten Hag’s opposition when the two side gets into a showdown in the coming weekend Premier league. The Manchester City and the United clash-off is coming as the club football returns to form this weekend. The faceoff would be played at the Etihad stadium between the Red Devils and Manchester City which would be their first match after the long break.

Man City is second on the league table after Arsenal with 17 points.

Out of their seven games played so far, they have won five and drawn two with Arsenal leading on the table with only one point.
However, the Red Devils though did not have a good start from this season under Erik ten Hag, as they have lost both of their first two leg games.

Rivaldo while speaking to Betfair said, “The Citizens are much more in tune with their style of play while the Red Devils – with new manager Erik ten Hag – are still looking for their best and most effective system, so I see a Manchester City win here with the in-form Erling Haaland giving the visitors’ defense a lot of headaches,”