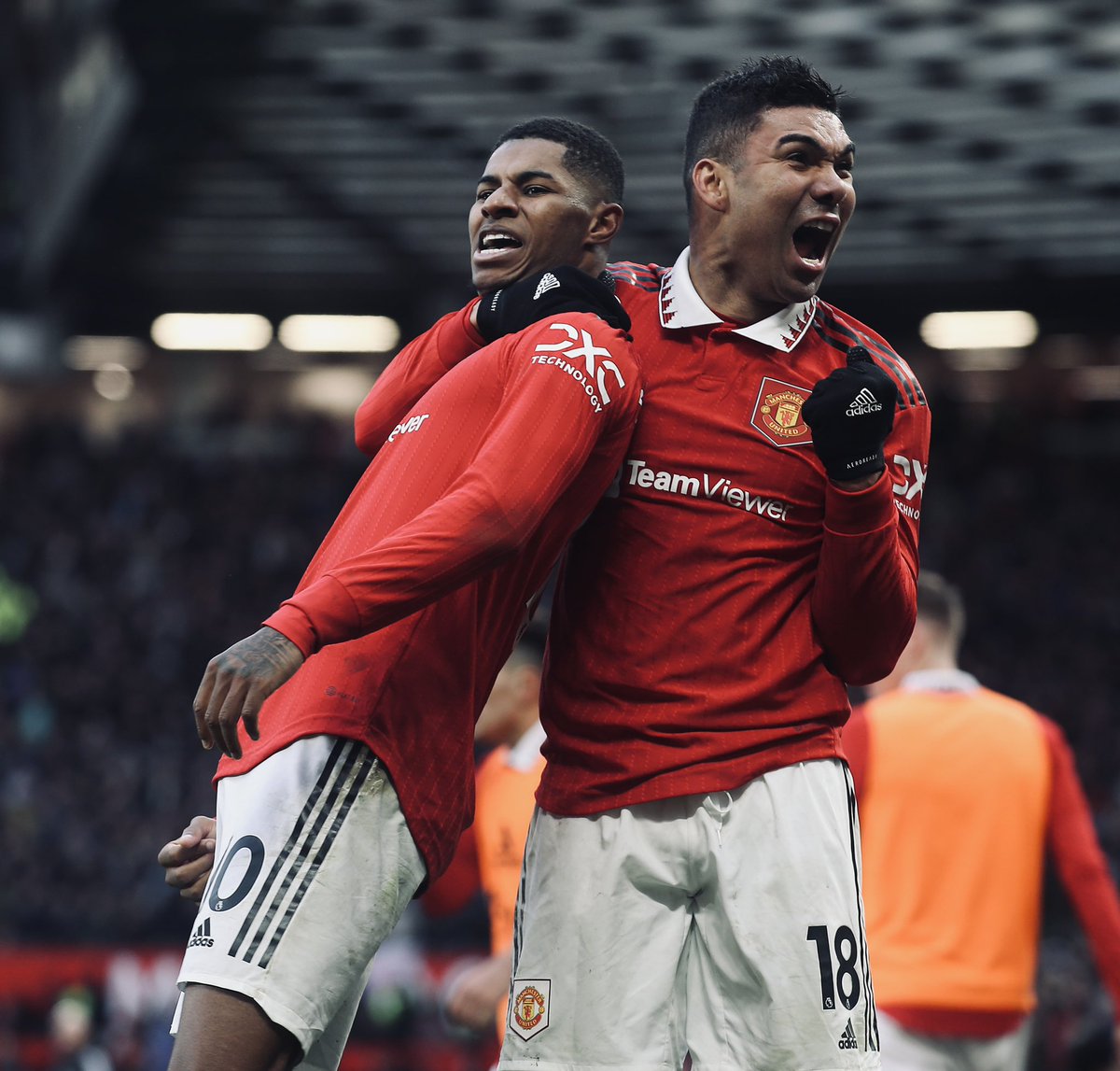 Manchester United have joined City neighbours, and Arsenal in the title race after defeating Manchester City 2-1 at Old Trafford.

The blue side of manchester looked set to complete back-to-back derby doubles over United when Jack Grealish stepped off the bench to head the visitors in front (60), however, a 78' Bruno Fernandes' equaliser and a Marcus Rashford strike was enough to see united to complete an incredible 2-1 comeback win.

Since City's 6-3 thrashing of United in October, Erik ten Hag's side has developed tremendously and is now third in the table, just a point behind their local rivals and six off leaders Arsenal, ahead of the North London derby on Sunday.

United boss, ten Hag after the game stated that “...the spirit in the team is so huge. The belief is there, that the game is 90 minutes and they can fight back. We are in a good direction but there is still a long way to go.”