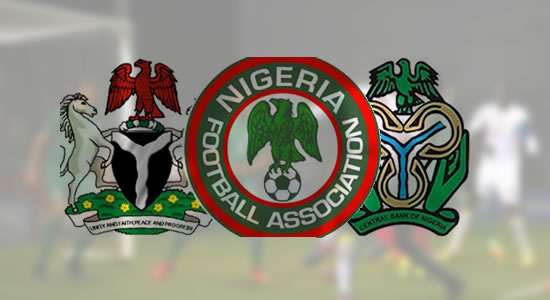 The 31st instalment of the NFF/CBN All-Financial Institutions Football Competition has been scheduled to kick off on Saturday. The Central Bank of Nigeria pledged its continued commitment to the sponsorship of the tournament ending on October 28. (NFF) Deputy General Secretary Emmanuel Ikpeme, who represented the federation’s General Secretary Mohammed Sanusi at a press conference to herald the championship in Abuja on Wednesday, lauded the (CBN) for sponsoring the event for the past 30 years.

Martins Ogwuda, who stood in for CBN’s Acting Director (Corporate Communications) Isaac Okoroafor, said the apex bank was happy that the tournament had attracted interest from more financial institutions.

Ogwuda said, “It is worthy of note that teams from Deposit Money Banks, Micro Finance Banks, Financial Regulatory Agencies and other financial Institutions have indicated their interest in this year’s competition.

In recent editions, we have observed an increase in the number of microfinance banks participating in the competition. This is an indication that the impact of this competition is being felt at the grassroots level where budding talents are often discovered and nurtured to a level of national and international recognition.”

In a statement, the (NFF) said the championship would kick off on Saturday with preliminary matches in four centres covering, Akure, Bauchi, Calabar and Owerri. The quarterfinals will hold at the same venues, with the semifinals in Lokoja and the final in Lafia.