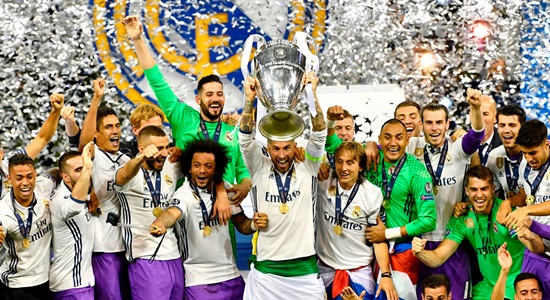 Spanish giants, Real Madrid have overtaken their perennial rivals, Barcelona, to become world’s most successful club of all time.

Barcelona previously held the title with their many trophies including 24 La Liga titles, 29 Copa Del Reys and five European Cups.

But following FIFA’s announcement that it officially recognised the winners of the Intercontinental Cup, which was staged between 1960 and 2004 as club world champions, Real overtook the Catalans.

The Santiago Bernabeu side won the now defunct tournament in 1960, 1998 and 2002, beating Penarol, Vasco De Gama and Olimpia respectively.

Meanwhile, Manchester United were retrospectively named world club champions for their 1-0 victory over Palmeiras in 1999 earlier this week.