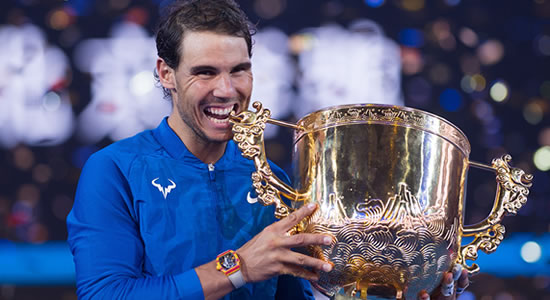 Rafael Nadal has now become the first man to win 21 Grand Slam titles after defeating Daniil Medvedev in five-set and has now moved one ahead of Roger Federer and Novak Djokovic, each of whom has captured 20 major singles titles.

After winning two trophies in Melbourne—first, the ATP 250 and now, the biggest prize—he'll leave Australia undefeated for the year so far.

"One month and a half ago, I didn't know if I was going to be back on the tour playing tennis again," Nadal said in his on-court victory speech, "and now I'm here in front of all of you, having this trophy with me... Without a doubt, this has probably been one of the most emotional months in my tennis career."

He continued: "One month and a half ago, I would say that maybe there was a chance that this could be my last Australian Open, but now, there's plenty of energy to keep going."

Nadal has now joined Federer and Ken Rosewall as the only men to win the Australian Open at age 35 or older and becomes the third-oldest man to win any major title in the Open Era. It's his seventh Grand Slam title since turning 30, and 90th tour-level title in all.