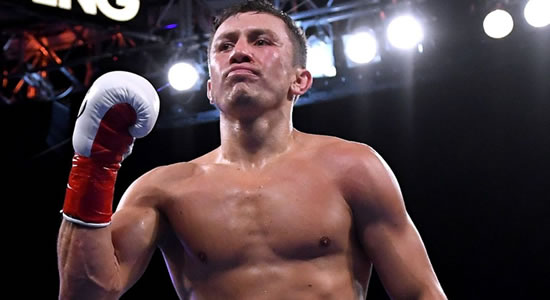 The IBF stripped Gennady Golovkin of its middleweight title Wednesday. The New Jersey-based sanctioning organization ruled to take Golovkin’s 160-pound championship from him because Golovkin didn’t adhere to the stipulations of the exception the IBF granted before he fought Vanes Martirosyan on May 5 in Carson, California.

The IBF didn’t sanction Golovkin-Martirosyan as a title bout, but allowed Golovkin to keep its middleweight title.

As part of that agreement, the IBF ordered Golovkin’s promoter, Tom Loeffler, to begin negotiations with Lou DiBella, the promoter for mandatory challenger Sergiy Derevyanchenko, on May 7.

The IBF also stipulated that Golovkin had to make his mandatory defence against Derevyanchenko within 90 days of May 5, or by August 3.

DiBella pushed for the IBF to force Golovkin to make his mandatory defence against Derevyanchenko on May 5, once Canelo Alvarez withdrew from his rematch against Golovkin due to his impending suspension.

Golovkin requested another exception during a hearing with the IBF on May 22 at the Robert Treat Hotel in Newark, New Jersey. Golovkin, who still owns the WBA, WBC and IBO middleweight titles, attended that hearing in part to let the IBF know how important it is to him to keep all the titles he has won in the ring.

In a lengthy statement, the IBF said Golovkin had asked in April not to fight Derevyanchenko as he had already agreed a bout with Vanes Martirosyan for 5 May.

He was fighting Martirosyan as a result of a rematch with Saul 'Canelo' Alvarez being postponed when the Mexican failed a drugs test.

The IBF agreed to Golovkin's request on the proviso he would agree to a bout with Derevyanchenko by 3 August.

The IBF informed the teams of Golovkin and Derevyanchenko of its decision Wednesday afternoon. The IBF had until Wednesday to rule whether Golovkin could move forward with another fight, possibly a lucrative pay-per-view rematch against Alvarez, without having to first make his mandatory defense versus Derevyanchenko.

The IBF is expected to order a bout between the top-ranked Derevyanchenko and the next available contender in its middleweight rankings for its unclaimed 160-pound crown.

Saunders, 28, has twice pulled out of a title defence against Martin Murray because of injury.