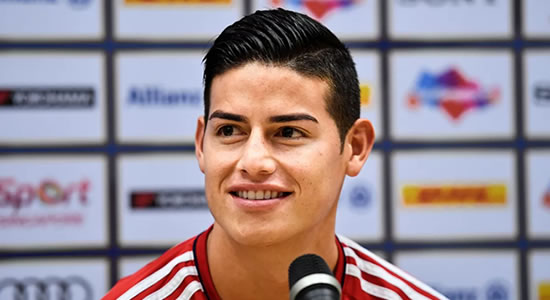 Arsenal, Everton, Manchester United and Wolves are set in the torque of war on who is to sign the Real Madrid attacking Midfielder, James Rodriguez.

Accordingly, the four Premier League clubs have all made inquiries about the availability of the Colombian International this summer’s transfer period.

Read Madrid is set to sell Rodriguez who is still having one year left in his contract, instead of losing him free next year.

Meanwhile, the Colombian International is set to part ways with Zinedine Zidane this summer to get a more regular first-team football.

Rodriguez is among the four players the Los Blancos wanted to leave the Santiago Bernabeu at the end of this season.

The 28-year-old who also spend two years on loan at Bayern Munich in the past was once valued at around £100m by Real Madrid.