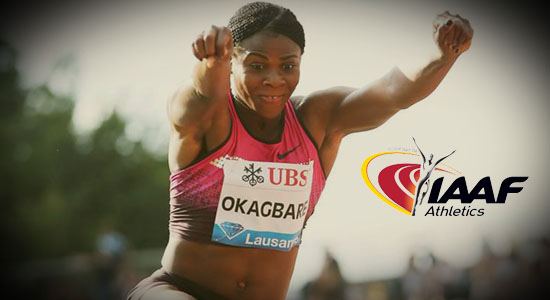 Ther Nigeria’s queen of the tracks, continued her splendid build-up to the Tokyo Olympics as she ran an impressive 10.98 secs to win the 100m women’s event at the P-T-S Meeting in Samorin, in the Slovak Republic. This will be the 21st time that she has run under 11 seconds in her career, 19 times more than that of Mary Onyali, long considered Nigeria’s greatest sprinter. Okagbare broke 11 seconds for the first time in her career at the Crystal Palace Aviva London Grand Prix in London on July 14, 2012, when she ran 10.99s.

According to the champion, " I’m excited and honoured, Thank God for another healthy race/win today. "