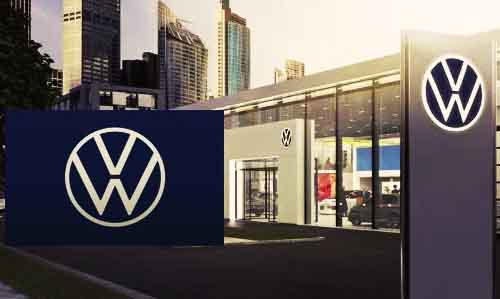 German Automaker Company, Volkswagen (VW) has unveiled its new logo, rebranding its image with affordable prices and introduction of its electric cars.

The unveiling of the new two-dimensional logo was at the Frankfurt Auto show.

Other changes made include the VW male voice of the sound design has been changed to a female voice.

“On almost all markets, a woman with a warm, pleasant and confident voice will speak for Volkswagen,” VW said.

The new VW models with the new features would be first rolled out in Europe, followed by China in October, and North and South America early 2020.

VW says the change is aimed at appealing better to consumers while maintaining its authenticity.

“We want to become more human and move lively, to adopt the customer’s perspective to a greater extent and to tell authentic stories,” VW's chief marketing officer, Jochen Sengpiehl said.

The new VW also aims at being climate-friendly, with its zero-emission electric vehicles.

The rebranding follows an emission scandal that accused the company of installing the software in its diesel vehicles which detected when the cars were being tested for harmful gases and would produce a different result.

The company lost €2.5bn after admitting that 11 million cars worldwide had been installed with the same software.