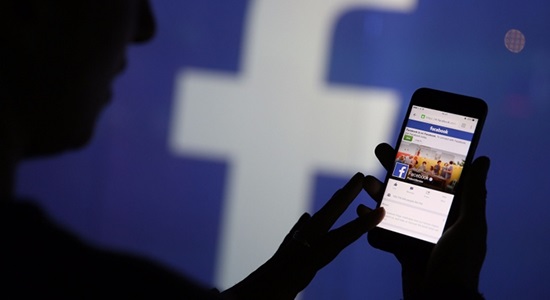 Facebook Inc said on Thursday it was making some changes to its approach to political ads, including allowing users to turn off certain ad-targeting tools, but the updates stop far short of critics’ demands and what rival companies have pledged to do.

The world’s biggest social network has vowed to curb political manipulation of its platform, after failing to counter alleged Russian interference and the misuse of user data by defunct political consulting firm Cambridge Analytica in 2016.

But ahead of the U.S. presidential election in November 2020, Facebook is struggling to quell criticism of its relatively hands-off ads policies. In particular, it has come under fire after it exempted politicians’ ads from fact-checking standards applied to other content on its network.

Facebook said that in addition to rolling out a tool enabling individual users to choose to see fewer political and social issue ads on Facebook and its photo-sharing app Instagram, it will also make more ad audience data publicly available.

In a blog post, Facebook’s director of product management Rob Leathern said the company considered imposing limits like Google’s but decided against them as internal data indicated most ads run by U.S. presidential candidates are broadly targeted, at audiences larger than 250,000 people.

“We have based (our policies) on the principle that people should be able to hear from those who wish to lead them, warts and all,” Leathern wrote.

The expanded ad audience data features will be rolled out in the first quarter of this year and Facebook plans to deploy the political ads control starting in the United States early this summer, eventually expanding this preference to more locations.

Another change will be to allow users to choose to stop seeing ads based on an advertiser’s “Custom Audience” and that will apply to all types of advertising, not only political ads.

The “Custom Audiences” feature lets advertisers upload lists of personal data they maintain, like email addresses and phone numbers. Facebook then matches that information to user accounts and shows the advertiser’s content to those people.

However, Facebook will not give users a blanket option to turn off the feature, meaning they will have to opt-out of seeing ads for each advertiser one by one, a spokesman told Reuters.

The change will also not affect ad targeting via Facebook’s Lookalike Audiences tool, which uses the same uploads of personal data to direct ads at people with similar characteristics to those on the lists, the spokesman said.

Leathern said in the post the company would make new information publicly available about the audience size of political ads in the company’s Ad Library, showing approximately how many people the advertisers aimed to reach.

The changes follow a New York Times report this week of an internal memo by senior Facebook executive Andrew Bosworth, who told employees the company had a duty not to tilt the scales against U.S. President Donald Trump’s re-election campaign.

Bosworth, a close confidant of Chief Executive Mark Zuckerberg who subsequently made his post public, wrote that he believed Facebook was responsible for Trump’s election in 2016, but not because of misinformation or Trump’s work with Cambridge Analytica.

Rather, he said, the Trump campaign used Facebook’s advertising tools most effectively.