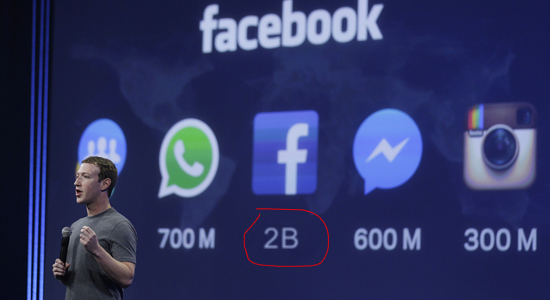 Tech giant Facebook has announced plans to pay out $1 billion to creators over the next year and a half as part of an effort to court content makers to its many services. This is coming few months after stating that it wouldn’t take a cut from creators making money with a number of its services until 2023.

According to the tech giant, the money will be awarded to creators who use its products in different ways: on Facebook, creators can get a cash bonus for running ads on their videos or reaching certain tipping milestones during live streams; on Instagram, creators can get paid for enabling ads on their IGTV videos, getting tipped in live streams, or creating popular videos on Reels.

The money is available to creators on an invitation-only basis for now, and new options for making money will be announced later. Facebook indicated it would expand availability to more creators later in the year, launching a “dedicated place for bonuses within the Instagram app this summer and in the Facebook app this autumn.” The initiative is meant to make Facebook “the best platform for millions of creators to make a living,” Facebook CEO Mark Zuckerberg wrote today. The money will be disbursed by the end of 2022.

This is not the first time that Facebook has given money to creators in exchange for using its products. The company has previously paid TikTok influencers and YouTubers to use features of Instagram such as IGTV, a longform video feature similar to YouTube, and Reels, a feature that functions similarly to TikTok. In December, Facebook pledged to invest $10 million over the next two years in the Black gaming community, offering some creators guaranteed monthly payments for using Facebook Gaming, a streaming platform similar to Twitch.

In the past year, an arms race has emerged among tech companies seeking to court online content creators who can generate enormous engagement and bring their young fans and cultural relevance to a platform. TikTok and YouTube have cultivated deep relationships in the creator community by helping creators make money and by building features to serve their needs.

Under Facebook’s new program, which is invitation-only for now, eligible creators will see alerts encouraging them to join the effort when they open the app. Facebook said it plans to create a dedicated place for creators to track their bonuses on Instagram and Facebook by the end of the year.

It’s an aggressive move from Facebook after years of other companies building more compelling locations for creators to build a platform and a business. More recently, apps like TikTok and Snapchat have offered to pay creators outright for posting successful videos to their platform. Snapchat paid out $1 million per day for a period of time to bolster its TikTok competitor, Spotlight. Facebook already offers some ways for creators to get paid, but the options differ across services. And some features, like Reels, may not pay out to creators at all.