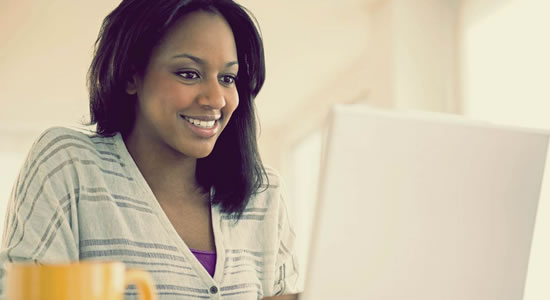 Women In Nigeria Are Changing The Face Of Tech

A Guardian UK report says female developers are emerging as influential forces in Nigeria's booming technology sector – although the stigma persists that computing is a ‘male industry.’

Within this growth, according to the report, women are emerging as influential forces and changing the face of technology in Africa, especially in the fields of agricultural and financial tech. This is despite the fact that, as recently as a decade ago, women were grossly underrepresented in and excluded from the industries they are now helping to shape.

“I think those who are joining the tech world today have an easier path to tread,” the report quotes Nnenna Nwakanma, a Nigerian activist for accessible internet, as saying.

“There were situations where people would refuse to recognise my authority but would patronise or objectify me, or refuse to fulfil contracts they had willingly entered into – all because of my gender.”

Despite this, Nwakanma co-founded the Free Software and Open Source Foundation for Africa (FOSSFA) and is now a senior policy manager for the World Wide Web Foundation, where she supports digital equality and promotes the rights of Nigerian women online.

The negative attitude towards women’s involvement in science, technology, engineering and mathematics (Stem) is starting to change, thanks partly to initiatives such as the Stem outreach and mentoring programmes established by the Working to Advance Science and Technology Education for African Women (WAAW) Foundation, which operates in 11 countries. There is also Intel’s programme She Will Connect Africa, which has trained more than 150,000 women in Nigeria, South Africa and Kenya in digital literacy since it launched in 2013.

The demand for tech talent is now such that it cannot be met by men alone. Rapid digitalisation in Nigeria is heavily concentrated in the country’s metropolitan megacity, Lagos. Here, the startup culture flourishes, while big business have moved in: in 2015, global tech supplier Bosch opened a subsidiary in Ikeja, the capital of Lagos region, and Microsoft has an office in the affluent Lagos neighbourhood of Ikoyi.

Ire Aderinokun – the author of web development blog bitsofco.de, a front-end developer and Nigeria’s first female Google Developer Expert – says her love of tech started as a hobby. “I used to play an online game called Neopets, which had some HTML capabilities. From there, I got really interested and continued to learn more.” But, despite Aderinokun’s enthusiasm, her interest was not always encouraged. “It’s definitely not what society expected of me. I studied psychology for my undergraduate and law for my master’s. When I said I wanted to pursue this, there were many people who told me not to.”

Rukayat Sadiq, a software engineer and a technical team leader at Andela, also faced opposition. She chose to study electrical engineering – a subject in which a class of 150 students might include only 15 women – to the surprise of friends and family, who had expected her to become a doctor.

While women entering and participating equally in the labour market is commonplace in Nigeria, computing and engineering are still industries dominated heavily by men. But many women who work in the tech industry are keen to offer support to those coming up. Aderinokun, for example, is funding full scholarships to five women for online programming “nano-degrees”. These qualifications do not guarantee employment, but they give those who have earned them a distinct advantage in the workplace and are endorsed by top employers, including Google, AT&T and Amazon. Sadiq also spends time “teaching and mentoring newbies”.

“Removing the stigma and assumption that tech is only supposed to be for men is necessary, and I think we need to start from as early in children’s lives as possible,” says Aderinokun. “We should work towards eliminating negative statements and mindsets that perpetuate the myth that women can’t be involved in Stem.”

It is hopeful that we will one day get to a point where tech-related fields are level playing grounds for both sexes.

It is a challenge that continues around the globe, but it is one Nigeria is well equipped to handle.