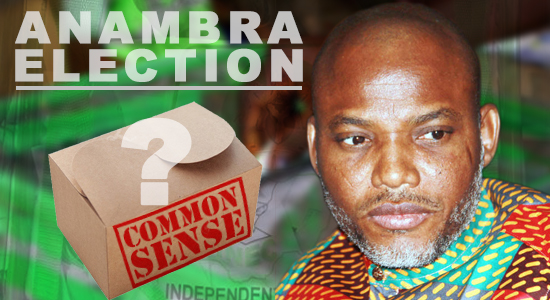 It’s been a while since I visited home, and so when the opportunity presented itself recently, I took it with all candour. Driving through Awka to Enugu-Ukwu, I couldn’t have been more excited and proud of the enterprise of my people.

Their creative spirit and zeal of buying and selling filled the air. The peaceful but highly enterprising nature of the people couldn’t have gone unnoticed; they are just a beauty to behold. I said to myself that these people are the heart of those making Ndigbo proud at home and abroad.

But of note also is the landmark transformational leadership of Governor Willie Obiano. The three flyovers in Awka are now asphalted, a development which speaks volume of the ambition of the peoples’ governor to indeed transform Anambra with world class infrastructure. I must confess that the State has been fortunate to have two extraordinary Governors, Peter Obi and Willie Obiano, in quick succession. While Anambra was the laughing stock of Nigerian politics between 1999 and 2006, when the gladiators fought for political control and foisted their protégés on the people, the landmark judgement by the Appeal Court on 15th March 2006, indeed heralded the beginning of great days.

One other thing that stood out for me during the trip was the fact that I hardly noticed Biafra agitation(s) in any shape or form. I had thought that if the concept of Biafra was actually genuine, the people would have identified with it in one way or the other. The Biafra ideology as presented by Kanu and his band of IPOB agitators couldn’t have stem from the people’s will, but the ambition of a man to curry some form of political capital for selfish interest.

I realized that Biafra is more a “reality” on the social media than amongst the natives of Ndigbo land. And because Kanu has mastered the art of propaganda, he has continued to feed Nigerians and the international community with lies that Biafra is our collective dream.

One of the most appalling moves by Nnamdi Kanu was his audacious call for boycott of elections in Anambra State. I am not surprise by such irresponsibility and a total lack of focus. Without sounding arrogant, the leadership of Anambra State remains the most focused in the entire Southeast. Infact apart from Lagos State, hardly any other State in the entire Federation can compete with the developmental strides of Governor Willie Obiano. So on what basis is Kanu making his empty threats? Who made him judge and ruler over the Ndigbo people?

His exploitation of the social media to mislead the people while making merchandize of our collective sensibilities must be resisted. Anambra people see and know better. They know how it feels to suffer from the molestation of impostors like Nnamdi Kanu. They understand better how some gladiators, forming “messiah”, exploited them for financial and political gains. And most importantly they now know how to resist ambitious criminals who masquerade as fighting the peoples’ cause. This is the very reason every son and daughter of Anambra and Ndigbo at large must queue behind Governor Willie Obiano to resist the machinations of Nnamdi Kanu.

I have said it times without number that Nnamdi Kanu is a fraudster. He is already demonstrating to the entire world his berserk style of authoritarian leadership, and that is why reasonable people are backing-off his idea of a Biafran Republic, where “force” reigns. Anambarians must ensure that Kanu’s comic threats do not have a foothold in the psyche of the people. They must rise to sensitize the people and avoid needless bloodshed, as more Igbo leaders come out to condemn Kanu’s latest pronouncements in its entirety. If he succeeds in Anambra, he will surely mobilize his gangs to other parts of the Southeast with possible adverse implication(s) for law and order.

No doubt Kanu and his bands of IPOB agitators are already losing steam; as such resorts to violence appear to be one of their “last cards”. We must take this card away from them and ensure that the November election is held peacefully in Anambra. The Governor and security agencies have already expressed their commitment that the election will hold; but much more, the peoples’ resolve against violence is vital in conducting a hitch-free exercise.

In an era where sensationalism reigns, fraudsters like Kanu will continue to mobilize his “social media warriors” to sustain his campaign of calumny. I call on young men and women on the social media space to vehemently resist every move that tends to stir emotions and possible violence in any part of Igboland. We must understand that any action that deny the people their most sacred rights of voting in a democracy, is already heading towards a dictatorship. We must rise to condemn Nnamdi Kanu’s penchant for violence; his continued misinformation and deception, and a total lack of common sense.

Frank Eze
This email address is being protected from spambots. You need JavaScript enabled to view it.