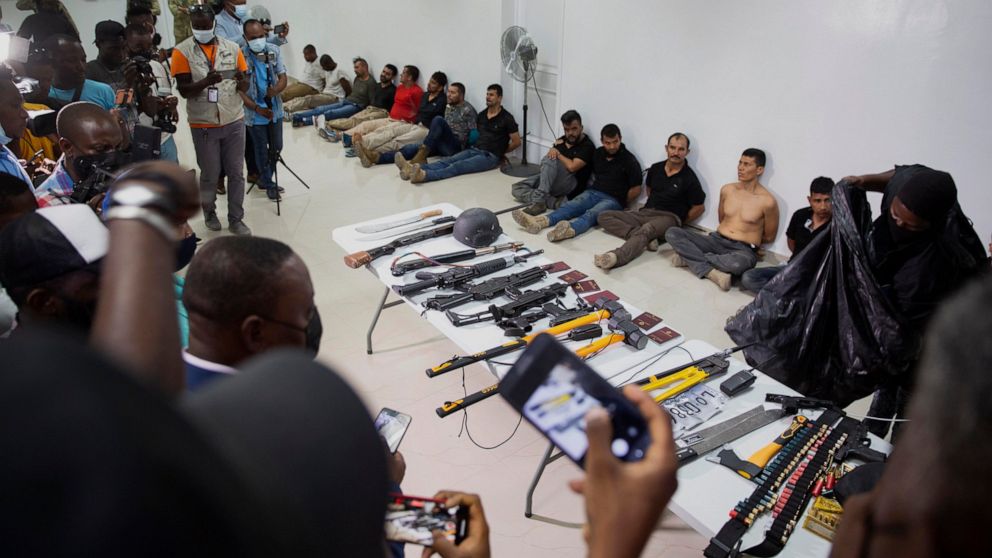 A former bodyguard at the Canadian Embassy in Port au Prince, James Solages, another Haitian American, Joseph Vincent and 26 Colombians have been arrested in connection with the assassination of Haitian President Jovenel Moise. Moise, 53, was fatally shot early on Wednesday at his home by what officials said was a group of foreign, trained killers, pitching the poorest country in the Americas deeper into turmoil amid political divisions, hunger and widespread gang violence.

The oldest suspect is 55 and the youngest is 35, according to a document shared by Mathias Pierre, Haiti’s minister of elections.

Colombian Defense Minister Diego Molano said initial findings indicated that Colombians suspected of taking part in the assassination were retired members of his country’s armed forces, and pledged to support the investigations in Haiti.

Police tracked the suspected assassins on Wednesday to a house near the scene of the crime in Petionville, a northern, hillside suburb of the capital, Port-au-Prince. A firefight lasted late into the night and authorities detained a number of suspects on Thursday.

Interim Prime Minister Claude Joseph, who assumed leadership of Haiti with the backing of police and the military, asked people to reopen businesses and go back to work as he ordered the reopening of the international airport.

On Wednesday, Joseph decreed a two-week state of siege following Moïse’s killing, which stunned a nation grappling with some of the Western Hemisphere’s highest poverty, violence and political instability.

Inflation and gang violence has spiralled upward as food and fuel grew scarcer in a country where 60% of Haitians earn less than $2 a day. The increasingly dire situation comes as Haiti is still trying to recover from the devastating 2010 earthquake and Hurricane Matthew in 2016 following a history of dictatorship and political upheaval.