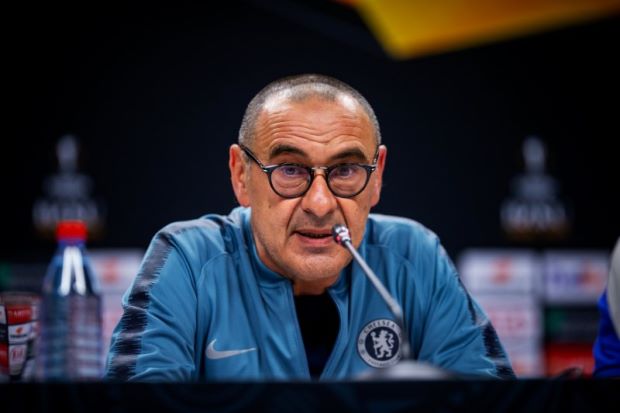 Italian giants Juventus have reached an agreement with Chelsea over a deal for Maurizio Sarri, according to Sky in Italy.

The reports said although no official confirmation has yet been received from Chelsea, Sarri is expected to sign a three-year deal to become the new boss of the Serie A champions on Friday.

Juve announced in late May head coach Massimiliano Allegri would be leaving the club but the level of compensation for Sarri had held up his return to Italy.

That problem appears to have been overcome, however, with Chelsea expected to receive more than £5m, potentially leaving the way clear for Derby manager Frank Lampard to return to Stamford Bridge.

Derby have not yet received any approach for their manager, Sky Sports News understands, although Lampard had stated he would discuss his future with the Rams after they failed to beat Aston Villa in the Sky Bet Championship play-off final.

Whoever does replace Sarri will not be able to sign any new players, as things stand, with Chelsea having appealed against their two-window transfer ban imposed by FIFA to the Court of Arbitration for Sport.