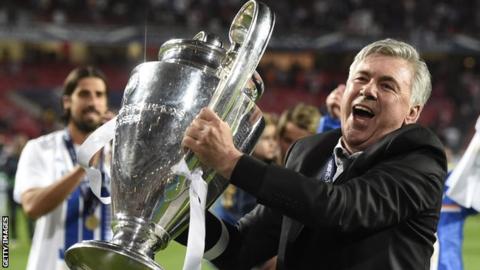 Everton manager Carlo Ancelotti's is said to be eyeing a second stint at Real Madrid with talks of his position at Everton to be discussed by 3 pm on Tuesday. According to sources, the Italian who is under contract for a further three years is currently negotiating the terms of his exit.

Everton is now thought to be drawing up a shortlist of possible replacements although no contact has been made. A shocking name in the frame is Rangers manager Steven Gerrard, although the former Liverpool captain is not the only candidate. Others include Rafa Benitez, David Moyes — who would be considered unlikely at this stage — Paulo Fonseca, Erik ten Hag and Roberto Martinez.

Zidane left Real last month after a difficult campaign, which saw them knocked out in the Champions League semi-finals and finished second in La Liga. Ancelotti previously managed the club between 2013 and 2015 when he replaced Jose Mourinho before going on to win La' Decima, Real 10th Champions League title, and first for over a decade.