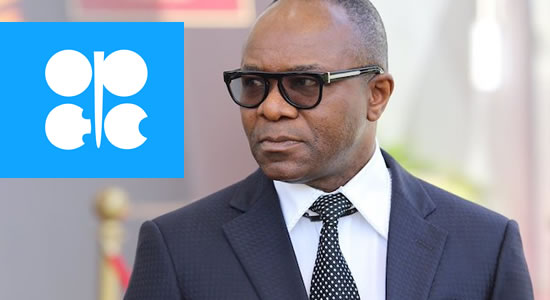 The meeting of the joint ministerial monitoring committee of OPEC and non-OPEC countries ended in Vienna, today with the endorsement of further exemption for Nigeria’s crude oil production until it stabilises. Nigeria’s Minister of State For Petroleum Resources, Dr Emmanuel Ibe Kachikwu, told the meeting that although the country’s production recovery efforts have made some appreciable progress since October last year, it is not yet out of the woods.

Dr Kachikwu explained that Nigeria will be prepared to limit its crude production when the output stabilises at 1.8 million barrels per day.  The five-nation joint ministerial monitoring committee noted that overall compliance by OPEC and non-OPEC participating countries to the agreement on crude oil production cut for the month of August was 116 percent, the highest since the agreement came into effect on January this year.

It further noted that the objectives of the Accord were steadily being achieved with the gradual draw-down of inventories by nearly 50 per cent since the agreement came into effect. The President of the OPEC Conference and Minister of Energy, Industry and Mineral Resources of the Kingdom of Saudi Arabia, Khalid A. Al-Falih, participated in the meeting by telephone, expressed his solidarity with the JMMC, reiterated the commitment of Saudi Arabia to the success of the Declaration of Cooperation and cautioned against complacency.

The next JMMC Meeting is scheduled to be held in Vienna, on November 29, 2017.