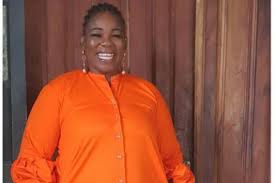 Nigeria’s Nollywood actress, Ada Ahmed is dead. According to the report, vigil360 learned that the disease died yesterday at Warri Hospital in Delta state. It was learned that the Warri-born Idoma woman who has been entertaining Nigerians on a family TV show ‘The Johnsons’ collapsed around 11 pm at the Hospital. Recall, the veteran actress sometimes in June opened up about her battle with mental health, which was followed by the demise of her only daughter left her devastated.

However, she promised her fans that she will get over the disease while soliciting their prayers.

She also disclosed that she was sued by a company over her inability to deliver a job she signed for.

Lovers of ‘The Johnsons’ family television will miss her a lot.