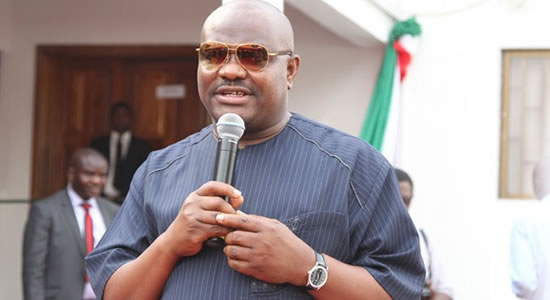 The embattled Rivers State Governor, Nyesom Wike has declared that he is not defecting to any political party because of the turbulence in the People's Democratic Party, PDP, but will fight to finish. The Governor made the declaration yesterday when some interest group called on him to defect to another political party to actualize his ambition rather than wrecking the main opposition. Wike convene a PDP caucus meeting at the Rivers state Government House Port Harcourt yesterday where he made his position about remaining in the party known.

In his statement, “We will do the fight in the party. We are not like them when in 2014 they walked out of Eagle Square. They’ve forgotten. They walked out and joined APC.

The fearless Governor revealed that those who run away from the party during its turbulence are weak people and he is not weak to behave like one.

Wike insisted that his fighting was a justifiable one because the constitution of the party has clearly stated that, elective and party offices must be zoned and that is what he is seeking to enforce.

He noted that such decisions were made by the presidential candidate, party chairman, and the Director General of the campaign.