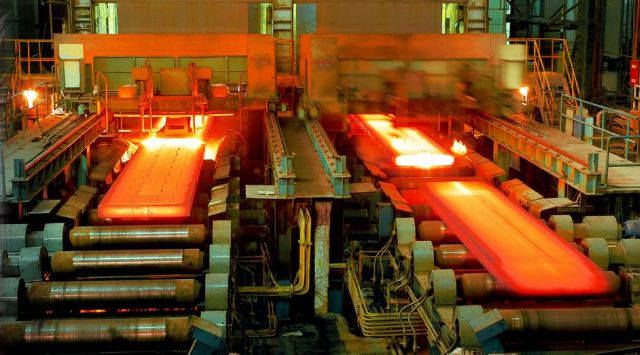 Minister of Mines and Steel Development, Olamilekan Adegbite, says Ajaokuta Steel Company Ltd. will function to capacity before the end of President Muhammadu Buhari’s administration. He further stated that the federal government had made effort to ensure that the Russian company that built the steel industry would come to Nigeria to conduct a technical audit of the company.

Mr Adegbite who made this disclosure during the News Agency of Nigeria (NAN) Forum in Abuja added that although, the agreement on how to revive the steel company was reached during a meeting between President Buhari and President Vladimir Putin in Russia in 2019, but delayed was as a result of the pandemic, the Russian team would have been in the country since 2020 for the technical audit.

The Russian government had nominated TPE, the original builder of Ajaokuta Steel Company, to conduct a technical audit of the steel company to ascertain the level of work remaining to be completed on the steel company.

However, the minister said that the main purpose of the steel company when it was conceived and built was to produce liquid steel, adding that the National Iron Ore Mining Company was set up at Itakpe in Kogi to feed it with iron ore. He explained that liquid steel could be used for building aeroplanes and car engine parts, among others.

“Ajaokuta Steel Company has not been able to produce liquid steel since it was built –the little hurdles we need to address.

“The steel company has worked in the past whereby billet was imported to produce reinforcement but that was not what Ajaokuta steel was built for,” he said.

He also said that the ministry had recently trained some youths in the metal sub-sector on national development to ensure human capital development with special emphasis on vibrant metals operators.

He said that the workshop was an appropriate strategy meant to launch and mainstream youths into the sector, adding that the three weeks intensive workshop was to work towards the development of the sector.