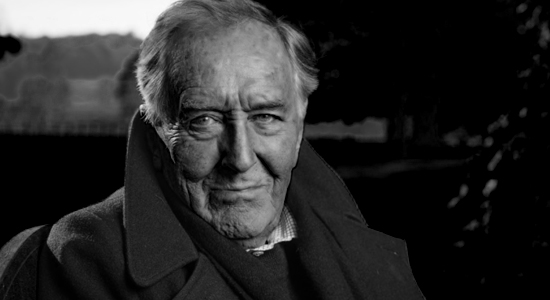 Actor Robert Hardy, known for his role in All Creatures Great & Small and, to a younger generation, for his part in the Harry Potter films, has died at the age of 91.

A statement released by his family read:

"It is with great sadness that the family of Robert Hardy CBE today announced his death, following a tremendous life: a giant career in theatre, television and film spanning more than 70 years,"


"From the early start, post WWII, with the Shakespeare Memorial Company in Stratford, to his later role in the Harry Potter films as Cornelius Fudge, The Minister For Magic, he will perhaps be most remembered for 2 iconic roles: as Siegfried Farnon in the long-running and much loved BBC series All Creatures Great & Small, and in his many and magnificently distinguished portrayals of Winston Churchill.

"Dad is also remembered as a meticulous linguist, a fine artist, a lover of music and a champion of literature, as well a highly respected historian, and a leading specialist on the longbow. He was an essential part of the team that raised the great Tudor warship The Mary Rose.

"Gruff, elegant, twinkly, and always dignified, he is celebrated by all who knew him and loved him, and everyone who enjoyed his work.

We are immensely grateful to the team at Denville Hall for the tender care they gave during his last weeks."


Fans of the late actor have been quick to pay tribute, taking to social media to share their memories of Hardy.

Unsurprisingly, many have declared that, for them, he will "always be Siegfried".