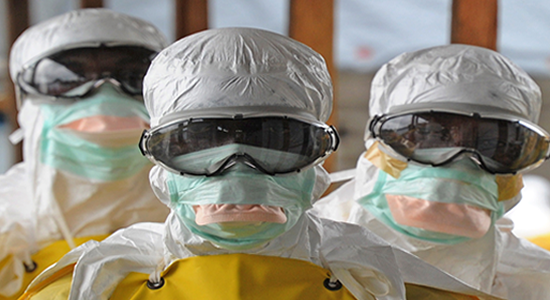 Federal Capital Territory Administration, FCTA says there has been a resurgence of Ebola cases reported in some parts of East African countries and that has prompted its office to tighten its disease surveillance system in other to reduce the impact of the disease in the FCT in case of an eventuality. Director of the FCT Public health Department, Dr. Sadiq Abdulrahman made this known during a media briefing in Abuja on the redness and response mechanism prepared by the FCTA health sector to arrest the incident.

Consequently, staff of the Epidemiological Unit of the Public Health Department has been placed on red alert under the supervision of the FCT Health and Human service secretariat to be on the watch out.

According to Dr. Sadiq, the FCT has been placed on high alert mode although his boys are working round the clock to ensure any untoward development is arrested as the year is winding down.

Although he revealed that his office in collaboration with the World Health Organisation, WHO, Nigerian Centre for Disease Control, and the Disease Surveillance notification have close ranks to ensure they have a weekly review of the disease while their foot soldier is on the field giving briefs.

In his statement, “For Ebola viral disease, which is a big global disease of public health concern, though it is not yet witnessed in Nigeria except for the last case in 2014, we are aware that there is already an outbreak in DR Congo, with so many consequences from quite a number of deaths, and closure of schools. So, here (in the FCT), we have executed a high alert mode even though we have not witnessed any case yet. So, proactive measures have been taken.”

Though he revealed that his office has prepared for this through the purchase of some commodities that will contain the outbreak in FCT, AMC, Kuje, and Bwari area councils.

He added, “Our surveillance system is heightened, and the FCT Administration bought quite a number of commodities, particularly for these key diseases like Cholera that we witnessed in 2021. We went on advocacy visits to key stakeholders, especially in those Area Councils that had high potent of the disease during the outbreak such as AMAC, Kuje, and Bwari,”