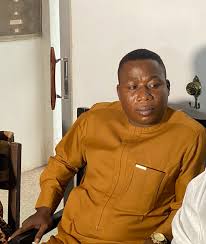 Self-proclaimed Yoruba freedom fighter, Sunday Adeyemo, better known as Sunday Igboho, has been arrested on Monday night in Cotonou, Benin Republic by security operatives. Igboho was arrested at an airport in Cotonou while attempting to flee to Germany. The Department of State Services (DSS) declared him wanted for allegedly stockpiling arms, a few weeks ago. Earlier, at a press conference where weapons found in Igboho’s house were displayed, the DSS vowed that the vocal separatist would be apprehended. Dr. Peter Afunanya, the DSS spokesman, said Igboho may run and hide as long as he wants, “the end of his shenanigans” was certain.

“Soon, he will not have a hiding place. His strength will sure fail him, the law will catch up with him. The law may be slow. But it will be steady”, he added.

The Nigerian secret police had raided Igboho’s Ibadan residence in the Soka area on July 1, 2021, and arrested about 12 of his aides.

The Federal Government of Nigeria had placed the Nigeria Immigration Service and the Nigeria Customs Service on alert to stop Igboho from leaving the country.

Igboho’s arrest, however, has raised tension in the South-West region of Nigeria.