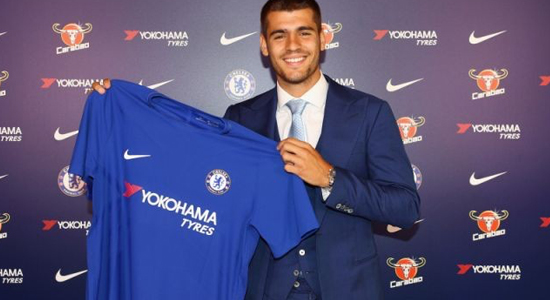 Chelsea striker Alvaro Morata said football in the English Premier League is strikingly different from La Liga and Serie A where he played for Spanish giant, Real Madrid and Juventus respectively.  According to ChelseaFC.com the striker said while other leagues allow players to play calmly, the ball is always on fire in the EPL.

"It's true that English football is different to Italy and Spain. You don't have much time to calm down, or relax, because all the time the ball is on fire."

"You need to be in good condition to play here and approach every match with a good mentality. In terms of the marking, it is probably the same here as in Italy with the teams that are maybe not at the top of the league - those teams are compact and it's hard for us sometimes to break them down"

"But when the other team wants to play with the ball, you can find space. That's when you find the spaces to attack the other team," he added

Morata signed for Chelsea before the end of the summer transfer window and has scored three goals and created two assists in four matches. The Spain International who has scored all the goals using his head, said he is hoping to score with his legs soon.

"At the moment, I've only scored and assisted with my head for Chelsea, so I hope to use my feet as well soon!"