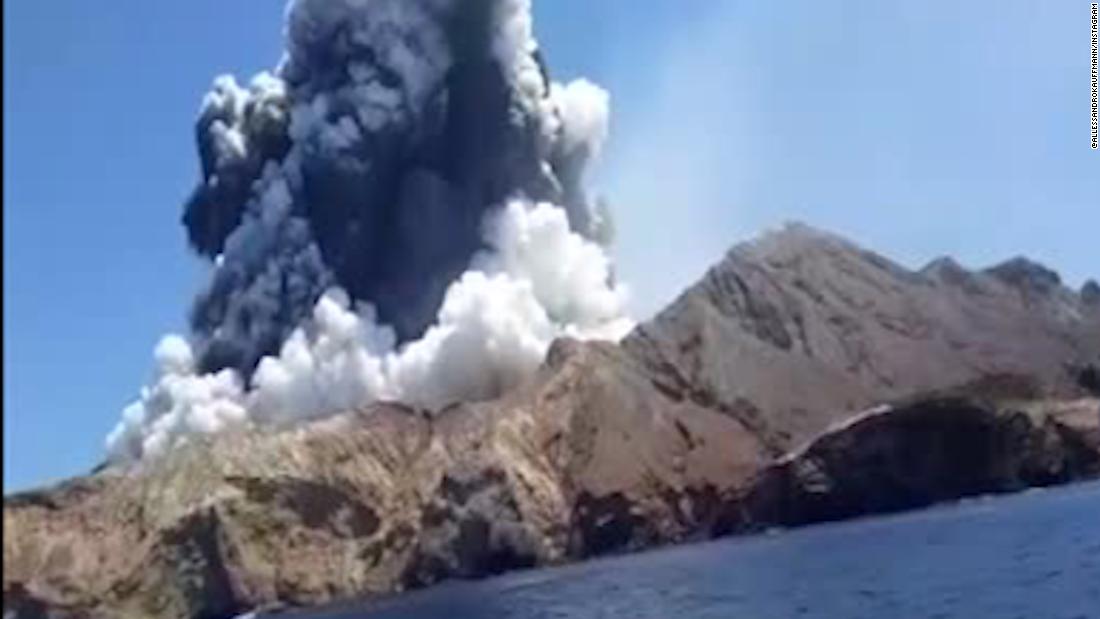 According to New Zealand police, about 47 tourists were visiting the Island including 24 from Australia, 9 from the United States, 5 from New Zealand, 4 from Germany, 2 from China and Britain each and 1 from Malaysia, when the volcano erupted, spitting rocks into the air.

Speaking on the remaining eight people missing, police Deputy Commissioner, John Tims said, “I would strongly suggest that there is no one that has survived on the island.”

Most of the injured had suffered greater than 71% body surface burns, said Peter Watson, the government’s chief medical officer, warning that some might not survive.

Burns units across the South Pacific nation of 4.5 million are full to capacity, he added.

Prime Minister Jacinda Ardern said reconnaissance flights showed no signs of life on the ash covered island, as eyewitnesses detailed the horrific burns suffered by those caught up in Monday’s eruption.

“The scale of this tragedy is devastating,” Ardern said in parliament. “To those who have lost or are missing family and friends, we share in your grief and sorrow and we are devastated.”

New Zealand’s geological hazards agency GeoNet raised the alert level for the volcano in November because of an increase in volcanic activity. The volcano’s last fatal eruption was in 1914, when it killed 12 sulphur miners.

Yet, daily tours bring more than 10,000 visitors to the privately owned island every year, marketed as “the world’s most accessible active marine volcano”.

“I have to say that I’m very surprised to hear there were visitors there today, because scientists seem to have been well aware that White Island was entering a phase of heightened activity,” said Drexel University volcanologist Loÿc Vanderkluysen.

“I’ve been to White Island before, but I don’t think I would have been comfortable being there today.”