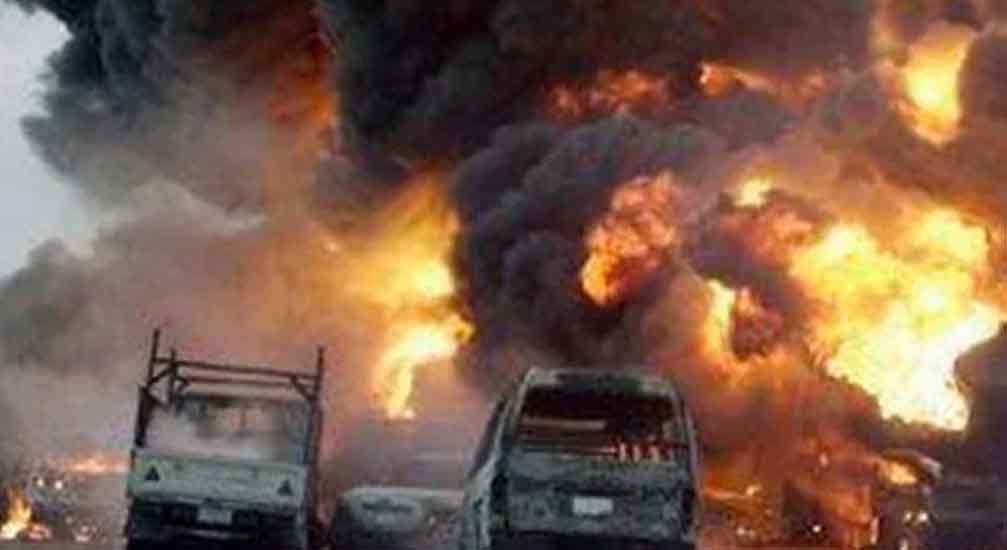 In a wake of the EndSARS campaign staged by some youth across the country since last week, some arrant protesters have this afternoon set another police station at Orile Iganmu area of Lagos state.

Allegedly some yet to identify a group of protesters stormed the police station and set it ablaze making the police officers took to their heel to save their lives from being lynched by the angry hoodlums.

As at the time of reporting this news, the station is still in flames.

This was even a similar thing happened yesterday in Edo state where some group of the EndSARS protesters raised down Ugbekum police station yesterday in Benin and released detainees.

The Governor of Edo State Governor, Godwin Obaseki imposed a 24hrs curfew across the state to deter the youth from committing more crime.