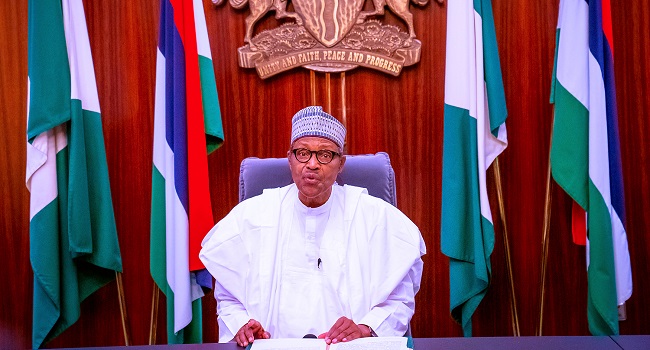 President Muhammadu Buhari has approved the sum of N134.7 billion as payment of Security Debarment Allowance (SDA) to all military veterans. The President made this known on Wednesday in the Council Chambers of the Presidential Villa, Abuja during the launch of the 2023 Armed Forces Remembrance Day Emblem and Appeal Fund.

He said, “However, in order to capture all veterans hitherto excluded from the payment of the SDA, I have approved a review of the effective date of the Manual of Financial Administration for the Armed Forces of Nigeria (MAFA) 2017.

President Buhari also announced a donation of N10 million towards the Nigerian Legion and assured Nigerians of his administration’s commitment to fighting insecurity.

The President said, “I would like to reiterate, my earlier resolve to hand over a Nigeria at the end of my tenure that is free from insecurity to the next generation of leaders.

“And with the gallantry and sacrifices exhibited by men and women of Armed Forces in the campaign against insurgency and other security operations. I’m confident the nation will return to normalcy and we will continue to battle decisively all the security challenges”.

According to the President, January 15 as the date of the Armed Forces Remembrance Day is symbolic because it marked the end of the Nigerian Civil War.