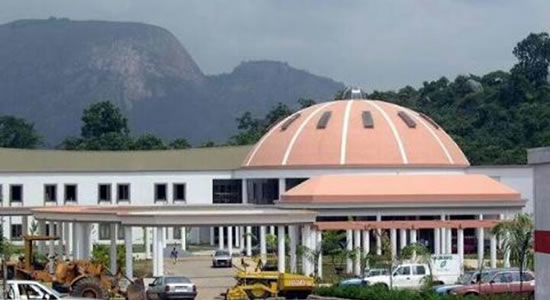 The House of Representatives has resolved to investigate allegations of the deplorable condition of the State House Medical Centre. The lawmakers also said they would probe the alleged deductions from the salaries and allowances of medical staff at the hospital. This comes three days after the wife of the President, Mrs Aisha Buhari, called for a probe into how the budget for the medical centre is being utilised.

The allegations, however, led to the motion sponsored on Thursday in Abuja by one of the lawmakers representing Akwa Ibom State at the Lower Chamber of the National Assembly. Honourable Henry Archibong told the House at plenary that despite the budgetary allocation of over N9 billion in the last three years, the State House Clinic does not have adequate facilities and equipment to cater to patients.

“In the 2015, 2016 and 2017 Appropriation Acts, the Clinic was allocated the sum of ₦3.94 billion, ₦3.87 billion and ₦3.2 billion respectively, for upgrading and provision of necessary drugs and equipment,” Mr. Archibong said. He also alleged that medical doctors working at the Clinic were complaining over alleged illegal deductions from their salaries and allowances by the Management since April 2017, without any official explanation.

Mrs. Buhari, at a stakeholder’s meeting at the State House on Reproductive, Maternal, Nutrition, Child Advocacy and Health and Nutrition (RMNCAHN), said she was unable to access health care at the Clinic and had to go to a private facility run by foreigners.

“I called the Aso Clinic to find out if they have an X-Ray machine, they said it’s not working, In the end I had to go to a hospital owned and operated by foreigners 100 per cent. There is a budget for the Hospital and if you go there now, you will see a number of constructions going on but they don’t have a single syringe there. What is the purpose of the buildings if there are no equipment there to work with? You can imagine what happens across the states to governors wives if this will happen to me in Abuja,” she said.

Mrs. Buhari’s comments also came a few days after her daughter, Zahra, took to her Instagram page to accuse the Permanent Secretary of the State House, Jalal Arabi, of allegedly failing to provide even Paracetamol tablets at the clinic despite a budget of N3 billion for provision of drugs at the hospital.

On Wednesday last week, the management of the hospital has also said it would seek the commercialisation of the centre to boost its revenue and augment the appropriation it receives from the government in the quest for a better qualitative service.