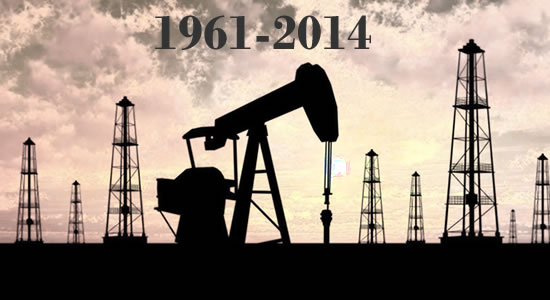 The oil price in the international market has slumped today amidst panic fuelled by the rise in the interest rate as the dollar is gaining more strength. Accordingly, vigil360 learned that Brent Crude globally slumped by 3.10% to $87 dollar per barrel around 12:37 GMT+1 for the first time since the beginning of this year. US West Texas Intermediate also dropped by 3% to $80 Dollars per barrel. This is coming as the MSCI all-country world index (ACWI), the global equity index, nose-dived by two years lower today giving rise to the dollar gaining more strength since twenty years ago while the oil suffers.

On Wednesday, the United States Federal Reserve jacked up interest rate by 75 basis points, pushing the central banks around the world to key in threatening economic recession globally.

Expert has warned that the recession will seriously affect oil demand globally.

In a mist of all this, Russia launched referendums on Friday aimed at annexing — adding by appropriation — four occupied regions of Ukraine.

Russian Federation has remained resolute in its onslaught on Ukraine by mobilizing more troops for the war.

Varga added, “The upside in oil will be limited while the dollar is strong, albeit the weekend’s staged referendum in the eastern part of Ukraine could further increase tension between Russia and the West, especially if Ukrainian allies provide additional help for Ukraine to reclaim these territories.”

Oil theft has continued to be a nightmare for the industry in Nigeria despite the drop in supply in recent times.

Especially this year, Nigeria has witnessed unprecedented levels of the menace — even as production fell below the one million barrels-of-oil mark.

Meanwhile, the National Assembly has taken a decisive commitment toward curtailing oil theft in the country.