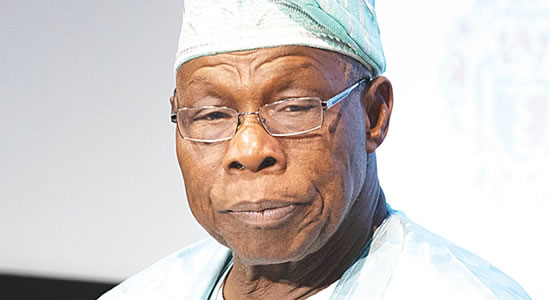 Insecurity: Though Challenging, But We Shall Get Out Stronger – Obasanjo

Former President Obasanjo says he was optimistic that the current security problem bedeviling Nigeria across the length and breadth of the country will not consume Nigeria, but shall come out strong.

Obasanjo made these remarks yesterday during the 108th annual convention of the Nigerian Baptist Convention (NBC), held at the church’s international conference center located along the Lagos-Ibadan expressway.

He said that Nigeria will overcome this one too, though the government needs to put in more effort.

The former leader said, “On the situation, we are in the country, I am an incurable optimist about a number of things, particularly about Nigeria,” Obasanjo said.

“The situation in Nigeria threatening but we won’t be consumed by it.

In the past weeks, the wave of terror unleashed on Nigerians by criminal elements especially on schools, communities, and securities with their facilities were overwhelming.

Terrorist, bandits, Indigenous people of Biafra (IPOB) and unknown gunmen in their numbers has been terrorizing states across northern and southern parts of the country resulting to displacing thousands of defenseless Nigerians.

The former president while expressing optimism urged Nigerians to continue to pray for the country.

He said, “Keep praying that the situation will only be threatening, but we won’t be overcome by it.”

On Tuesday, the House of Representatives had asked President Buhari to declare a state of emergency on security over the growing insecurity on the land.