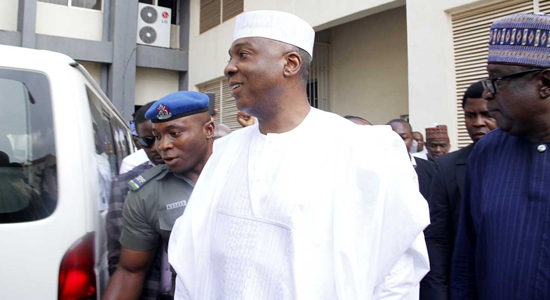 Former Senate President, Bukola Saraki, on Saturday, led a disgruntled faction within the All Progressives Congress in Lagos known as the ‘Lagos4Lagos Movement’ to the Peoples Democratic Party.

Saraki, who is the Chairman of PDP National Reconciliation Committee, met with hundreds of members of the Lagos4Lagos Movement, and the group’s leader, Olajide Adediran, at an event organized in Lagos for the defection of the APC members to the opposition party.

The Adediran faction had in September 2021 held a parallel local government congress at different locations in the state.

The group had alleged impunity, imposition, and marginalization in the party for its action but the congress of the movement was not recognized by the Mai Mala Buni-led caretaker committee.

The Lagos4Lagos Movement had also been critical of the reign and stronghold of APC National Leader, Asiwaju Bola Tinubu, saying no one has the right to impose governors and political office holders in the state.

With the 2023 general elections fast approaching, there have been political permutations and serial defections in the country.