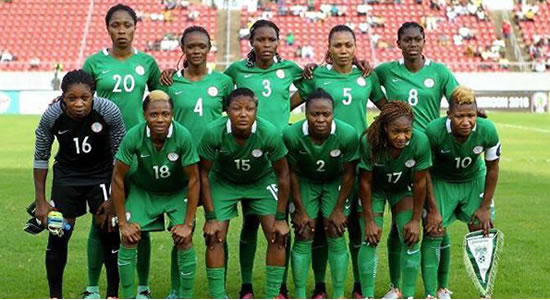 President Muhammadu Buhari has saluted the senior women’s national football team, (Super Falcons), for winning the 2019 WAFU Women’s tournament, which ended in Abidjan, Ivory Coast, over the weekend. Nigeria won the championship after defeating the competition’s hosts, Dame Elephantes, on a 5-4 penalty.

Buhari commended the Super Falcons’ “unbeaten record throughout the tournament” and the fighting spirit of the team. In his words, I commend the Falcons for their fighting spirit and resplendent skills evidenced in teamwork, discipline and focus, which enabled them to defeat the Ivorian Dame Elephantes in the final of the championship.

I extol all officials and management of the team, led by Thomas Dennerby, for their sacrifice, commitment and diligence in winning the championship.

Buhari, enjoined the officials and players to prepare for the forthcoming FIFA Women’s World Cup in France. He urged them to stay focused and unleash the same zeal that they used to win the WAFU Women’s Cup.

Recall that the Falcons had advanced to the final following their triumph in 2018. The Ivorians, who were last year’s finalists, had defeated Mali 2-1 in the second semi-final match to secure a back-to-back final spot.