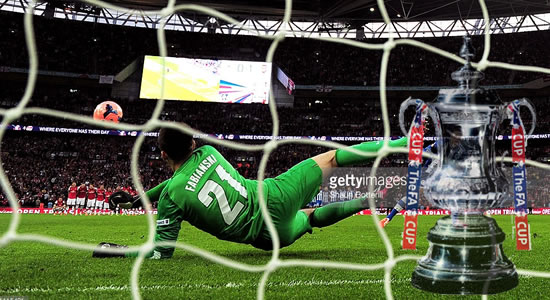 FA Cup: Clubs With Less Than 14 Players In Their Match-day Squad Will Forfeit Ties - FA

The FA Cup has introduced a rule change due to the COVID-19 pandemic ravaging the UK. According to the new rule, any participating club that cannot put together 14 players in their third-round matchday squad will have their games rescheduled, and if the postponed date cannot be accommodated before the fourth, the inflicted team will be forced to forfeit the game.

The pandemic has caused some fixtures to be cancelled and rescheduled as a result of the surge in cases and there is likely going to be a scenario where the cup games will be affected, hence this rule. From the rule, teams could be eliminated from this season's FA Cup without playing their designated fixture.

To enforce the rule, all participating clubs must undergo testing for Covid-19 in the week leading up to their third-round tie, should any players return a positive test, they will naturally not be able to take part, and if any club is unable to name 14 players in their matchday squad, the tie will be postponed and if the fixture is then not able to be scheduled prior to the fourth round, the affected team will be knocked out, while their opponents will receive a free passage to the next stage.

Youth players will be allowed in order to make up numbers so as to ease the pressure off clubs. The first team that may be affected with this rule is League-2 side, Morecambe. The surge is currently ravaging the club and this has seen their last two matches called off. Their Sunday game with Chelsea may be postponed and probably forfeited.