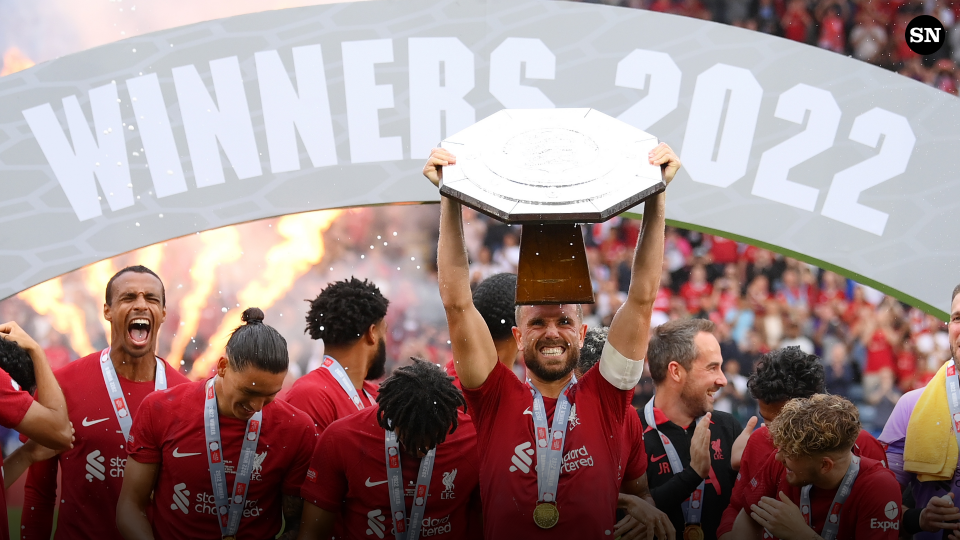 Liverpool have won the 2022 FA Community Shield after defeating arch-rivals, Manchester City 3-1 at the King Power Stadium in Leicester City yesterday. For the first time in 10 years, the match which is the 100th FA Community Shield took place away from the usual Wembley Stadium due to the hosting of the UEFA Women’s Euro 2022 Final.

Reds full-back Trent Alexander-Arnold scored the opening goal with a curling effort from the edge of the box which took a slight deflection off Nathan Ake and nestled in the far corner of the net.

He celebrated by raising his finger to his lips in front of the City fans, who had helped generate a thunderous atmosphere.

City’s star summer signing Erling Haaland showed glimpses of what he will bring by drawing a good save from Adrian, while Nunez had a one-on-one effort kept out by Ederson.

It was another new signing Julian Alvarez who netted the equalizer, staying alert after Phil Foden’s shot was saved to poke home from close range, with the goal awarded after a lengthy VAR check.

Mohamed Salah then scored from the penalty spot with eight minutes remaining after referee Craig Pawson adjudged from looking at the pitch side monitor that Ruben Dias had handled inside the area.

Nunez had the final say, stooping to head in from close range before wheeling off to celebrate in front of his new supporters.