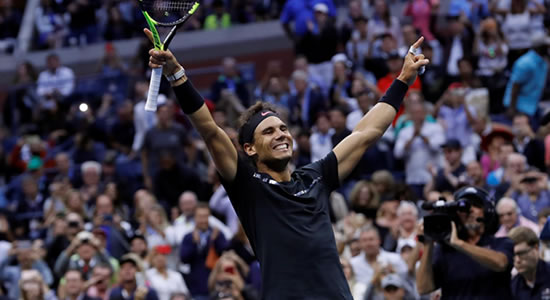 Nadal’s who made one of his finest career performance at Roland Garros, annihilated the current world’s No. 1 player, Novak Djokovic 6-0, 6-2, 7-5 in a three straight-set thriller. The joint titleholder made just two in the opening set, giving Djokovic little time or space to find his range.

Nadal has now boasted of an 18-3 record against the Serbs. Sunday’s game was their 16th meeting at a major – 9-6 in Nadal’s favour – and their ninth in a Grand Slam final, which now stands at 5-4 to Nadal. With 81 consecutive wins on clay, Nadal holds the record for the longest single-surface win streak in the Open Era.