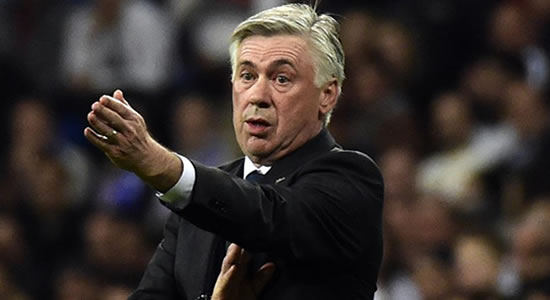 Former Real Madrid and Chelsea coach, Carlo Ancelotti would take over from Maurizio Sarri as coach of Napoli, on a three-year deal, the Italian club confirmed on Wednesday. Ancelotti, sacked by Bayern Munich last September, steps in after Sarri was pushed out of the San Paolo Stadium after finishing second in Serie A behind Juventus.

Napoli have not won Serie A since the days of Argentina legend Diego Maradona who led them to their only two titles in 1987 and 1990.

“I’m very happy to return to my country and to one of the greatest teams in Italy,” Ancelotti said in a statement on his personal website.

“(The) aim is to conquer the Scudetto after 28 years. We are thrilled by this challenge and ready to open a new chapter in football.”

It will be Ancelotti’s first job in Italian football since leaving AC Milan in 2009 after leading the club to a Scudetto and two Champions League titles.

His son Davide and his son-in-law Mino Fulco will also be on the Napoli coaching staff.

Ancelotti hammered out a deal throughout Wednesday with Napoli president Aurelio De Laurentiis who later confirmed Sarri’s departure on Twitter.

“I’m really happy and honoured to be the coach of a team from such a unique city with such incredible fans. Forza Napoli always,” Ancelotti then said in a message posted in four different languages -- Italian, English, French and Spanish.

Ancelotti said that he had chosen Napoli despite offers from all over Europe and Asia as well as the Italy national coaching job.

His aim was “to return Napoli to the highest position of the Serie A and Champions League”.

The former Chelsea, Real Madrid and Bayern Munich boss is reported to have agreed a deal worth $6.5 million euro ($A7.6 million) per year.

Ancelotti has won three Champions League titles as well as the league in Italy, France, Germany and England.

He will be officially presented at his new club on July 9.