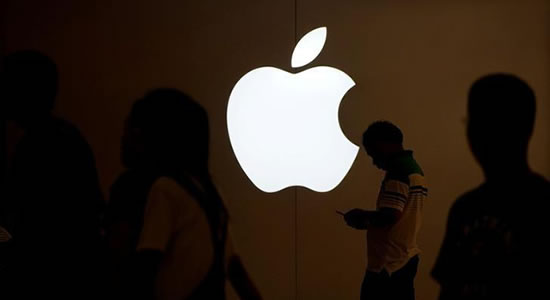 Tech giant Apple Inc, trading as AAPL.O on the NASDAQ has on Monday became the first company to hit a $3 trillion stock market value, before ending the day a hair below that milestone. AAPL.O broke the barrier when its share price hit $182.86 before closing at $182.01. The world's most valuable company hit an intraday record high of $182.88 on the first trading day of 2022, putting the company's market value just above $3 trillion. The stock ended the session up 2.5% at $182.01, with Apple's market capitalization at $2.99 trillion.

In 2018, the company became the first publicly traded U.S company to hit a $1 trillion market cap during intraday trading before hitting a $2 trillion valuation just over two years later on Aug. 19, 2020.

With this milestone, the Silicon Valley company has tripled its valuation in under four years. The iPhone is still the biggest sales driver with Apple’s services business growing 25.6% year-over-year and delivering more than $18 billion in revenue during the quarter.

Apple whose stock rose by 34% in 2021 has beaten the likes of Microsoft Corp (MSFT.O), which is now worth about $2.5 trillion. Alphabet Inc (GOOGL.O), Amazon.com Inc and Tesla Inc (TSLA.O) have market values above $1 trillion. Saudi Arabian Oil Co (2222.SE) is valued at about $1.9 trillion.