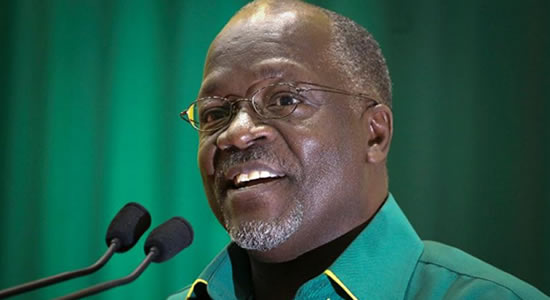 Tanzania's President John Magufuli has died at a hospital in Dar es Salaam, after days of speculation that he was ill with Covid-19.

The country's vice Samia Suluhu Hassan in a televised address on Wednesday made the announcement "President John Magufuli died of a heart ailment that he has battled for over 10 years," she said. She added that the president had been receiving treatment at Mzena hospital since Sunday, and announced 14 days of national mourning.

Hassan is now the acting president of Tanzania pending a date for her swearing-in. This will be Tanzania's first female president. Magufuli who was elected last year in a controversial election in which the result was rejected by opposition presidential candidate, Tundu Lissu, usually made weekly public appearances at Sunday church services, had not been seen since February 27, hence, fueling reports that he was ill and was being treated abroad before he was announced dead by his VP.