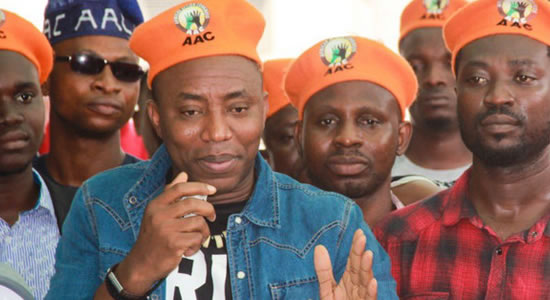 The Department of State Services, DSS has on Friday rearrested the Revolution Now Convener, Omoyele Sowore and Olawale Bakare over fresh charges of treason and money laundering.

Sowore and Bakare were released by the DSS on Thursday following a court order directing their release within 24 hours.

However, operatives of the DSS attempted to rearrest them at the Federal High Court premises in Abuja.

Supporters of the activist resisted arrest attempts by the DSS but after much persuasion, his lawyer, Femi Falana conveyed the duo of Sowore and Bakare to the DSS facility.