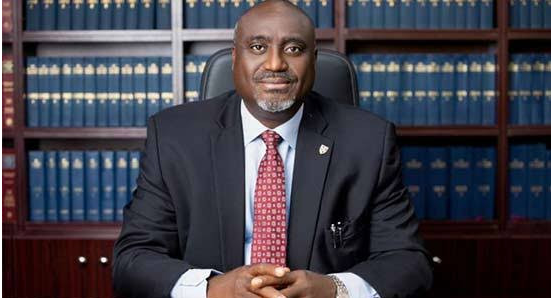 The Nigerian Bar Association (NBA) has elected Yakubu Maikyau, a Senior Advocate of Nigeria (SAN), as the 31st President of the association. Maikyau who will be taking over from Olumide Akpata polled a total of 22, 342 votes, followed closely by fellow SAN, Joe-Kyari Gadzama, Chairman of the NBA Securities Agencies Relations Committee, who polled 10, 842 votes.

Chairman of the NBA Electoral Committee, Mr Ayodele Akintunde (SAN), who made the announcement during a hybrid press briefing on Sunday, stated that “A total of 59,392 records were received as people on the final voter register, and we were able to upload 59,388 records with four records being invalid contact information.

He added that Maikyau polled 22,342 votes representing 64.6 per cent of votes cast for the office of the president, while Gadzama polled 10,842 votes and Taidi polled 1,380.

After the declaration, the 36th President of the NBA is expected to take over from the outgoing NBA President, Olumide Akpata when his tenure expires on August 26.