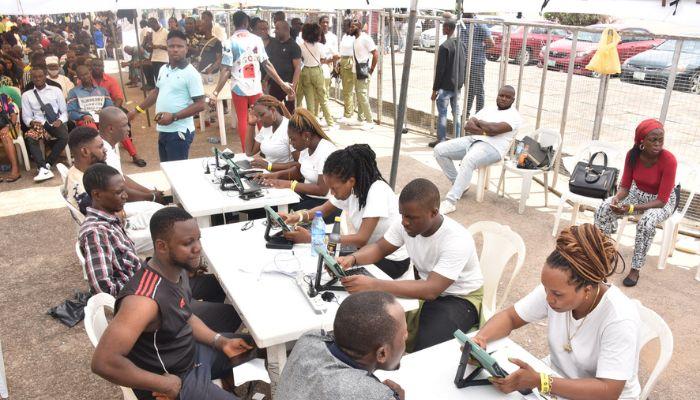 The Independent National Electoral Commission (INEC), on Saturday, ruled out the possibility of extending the ongoing continuous voter’s registration (CVR) exercise, scheduled to end on July 31, 2022. INEC National Commissioner in charge of Voter Education and Publicity, Barr. Festus Okoye, disclosed this in Awka, Anambra State while interacting with some journalists. He noted that the CVR would be brought to an end in order to enable the commission to carry on with its other constitutional responsibilities.

According to Okoye, the commission would at the end of the exercise scrutinise the voter’s registers to clean up possible incidents of double registration, print permanent voters cards (PVC), and display of voters registers across polling units, among others.

He said those who registered or carried out voters transfers between January and June 2022 will get their PVC in October, while those who enrolled in July would receive theirs by November 2022.

He also disclosed that in Anambra State, a total of 276,767 registrants completed their registration processes as at 25th July, 2022.

Okoye commended stakeholders in Anambra State for supporting the commission throughout the period of the exercise.

“We deployed a total of 110 INEC development devices to Anambra. 10 malfunctioned. 6 were repaired by our in-house engineers and redeployed back to fields. As you know, the exercise was slowed down at some places in the South East for security purposes. And we devices mitigating measure to fortify it” he said

“Few weeks we isolated places to carry out intervention; we took machines to markets, churches, NUJ, NYSC orientation camp, and other places due to large concentration. This helped to mitigate the surging crowd. For complaints over the performance of our staff, we developed a compliant desk for people to voice out their complaints. Over 50 complaints were received and treated. We carried intervention at 82 locations,” he stated.

Okoye, while responding to questions regarding INEC’s level of preparation for the 2023 general elections, said the commission was determined to conduct free, fair and credible polls.