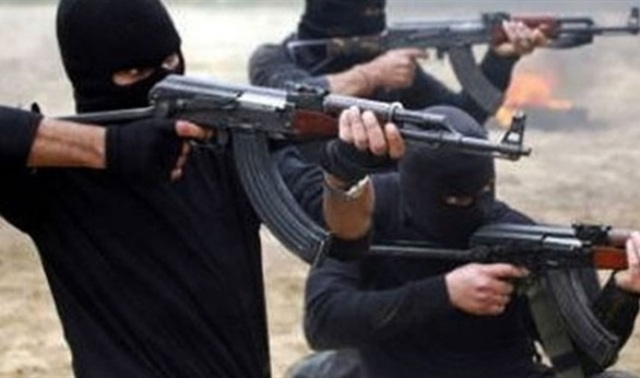 Amidst recent concern raised by the Benue State Governor, Samuel Ortom, that Fulani militia herdsmen from other parts of West Africa sub-region are planning to invade the State and wreck havoc, a man in his mid-forties was over the weekend, killed by unknown gunmen that invaded Atongo village in Katsina/Ala Local Government Area of Benue State.

]The gunmen also inflicted bullet wounds on many others, including the deceased teenage son. An eyewitness disclosed that the gang that stormed the village, Saturday night, on two motorbikes and a pick-up van, shot sporadically to announce their arrival. He said: “They invaded our village late Saturday night, when many had gone to bed and several young men were still outside. But everyone was rattled by the sporadic gunshots. “No one was expecting such because the people have been living in peace, hence the sound of gunshots sent fears into everyone and people started running for their lives. The siege lasted few minutes. “Unfortunately, when the gang left, we later discovered that the victim was killed in the confusion, while some other persons sustained bullet wounds, including the 14-year-old son of the deceased.

“His remains have been deposited at the General Hospital, while the injured persons, including his son, are receiving treatment at the same hospital.” When contacted, the state’s Police Public Relations Officer, Assistant Superintendent Moses Yamu, said he was yet to get details of the incident.

It would be recalled that the Governor while hosting the country representative of the United Nations High Commissioner on Refugees (UNCHR), Edward Kallon in Makurdi recently, had told his visitor that over 1,878 people were killed by herdsmen in the last three years.

The governor added that 200 persons were still missing while 750 persons were critically injured and over 99,427 households affected in the Fulani herdsmen attack and that property worth N94 billion were destoryed in 2014 alone to the attack.

Also, at the time the anti grazing law was assented to by the state governor, herdsmen under the aegis of Myeittii Alla Breeders Association of Nigeria had kicked against the law and vowed to challenge it in the court of law while at the same time said that they were joint owners of Benue valley.