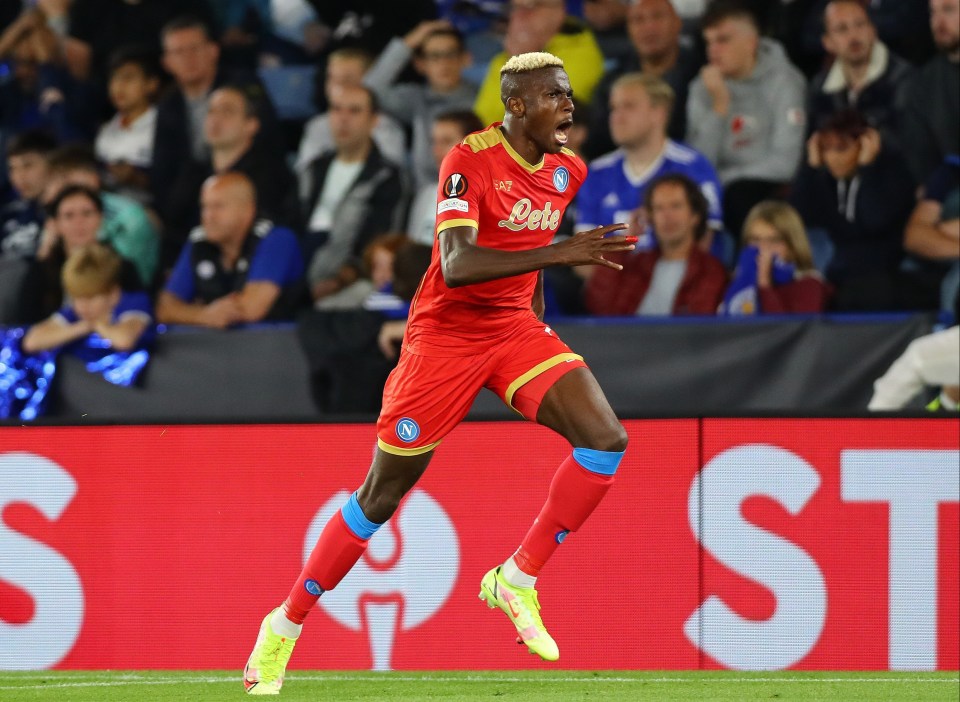 Super Eagles and Napoli striker Victor Osimhen bagged both his maiden and second goal in Europe as Napoli held Leicester City to a 2 -2 draw away from home at their Uefa Europa League (UEL) opener.  The 21-year-old, having been a doubt for the game against Brendan Rodgers’ men following a knock suffered during Napoli’s 2-1 victory over Juventus in a Serie A fixture, ended his wait for a Europa League goal with a brace as Napoli settled for a 2-2 draw against Leicester City on Thursday night.

The Premier League side got off to a flying start as Ayoze Perez gave them a tenth-minute lead after volleying past David Ospina a cross from Harvey Barnes. Four minutes after the hour mark, Leicester City doubled their advantage after another Nigerian forward Kelechi Iheanacho set up Barnes.

Osimhen hasn't always had a quiet time in Naples, but in the 69th minute, Osimhen reduced the deficit after lifting the ball over Jannik Vestergaard before lobbing an on-rushing Schmeichel, then minutes away from time, he completed his double when he headed home Politano’s cross.

“For what we have created, it would have been unwise not to make a result tonight. I really liked the attitude of the team that showed personality and balance even after the double disadvantage.

“The changes were decisive but the credit goes to the guys who came in. We managed to keep the game on our feet while continuing to play.

“Osimhen is a thoroughbred bomber. He can become a super striker over time. He has to understand a few things and then he can become a world-class center forward.”

Midfielder, Wilfred Ndidi was given the marching orders in injury time for a second caution. With that, he will miss his club’s trip to the Stadion Wojska Polskiego – where they are guests of Legia Warsaw.