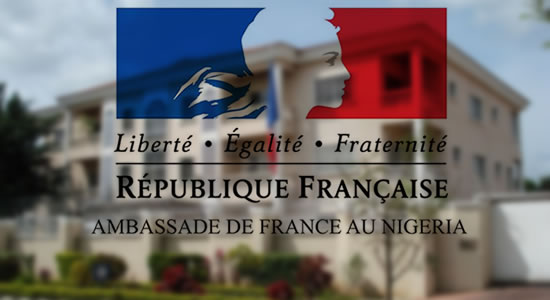 French Government has denied Federal Government's claim that it is funding Biafra agitation group, the Indigenous People of Biafra (IPOB). The Political Counselor, Embassy of France in Nigeria, Claude Abily made this known in a statement issued to newsmen in Abuja. He challenged the Nigerian Government to provide documentary evidence to support the claim that France is the financial headquarters of IPOB.

The statement read in part “the Embassy of France was surprised by the statement made yesterday by the Minister of Information and Culture indicating that the “financial headquarters” of IPOB were in France. We don’t have any knowledge of a particular presence of IPOB in France and the Nigerian authorities never got in touch with the Embassy on this point.

"We stand ready to examine any information which could support this statement. Furthermore, we would like to reiterate that France actively cooperates with Nigeria in the field of security and that we strongly support the unity of the country,” it added.

Recall that recently, the Minister of Information and Culture, Alhaji Lai Mohammed while justifying the deployment of troops to the South East and the subsequent declaration of IPOB as a terrorist organization accused France of being the financial headquarters of IPOB. He hinted that the government had taken steps to block further funding of the group.