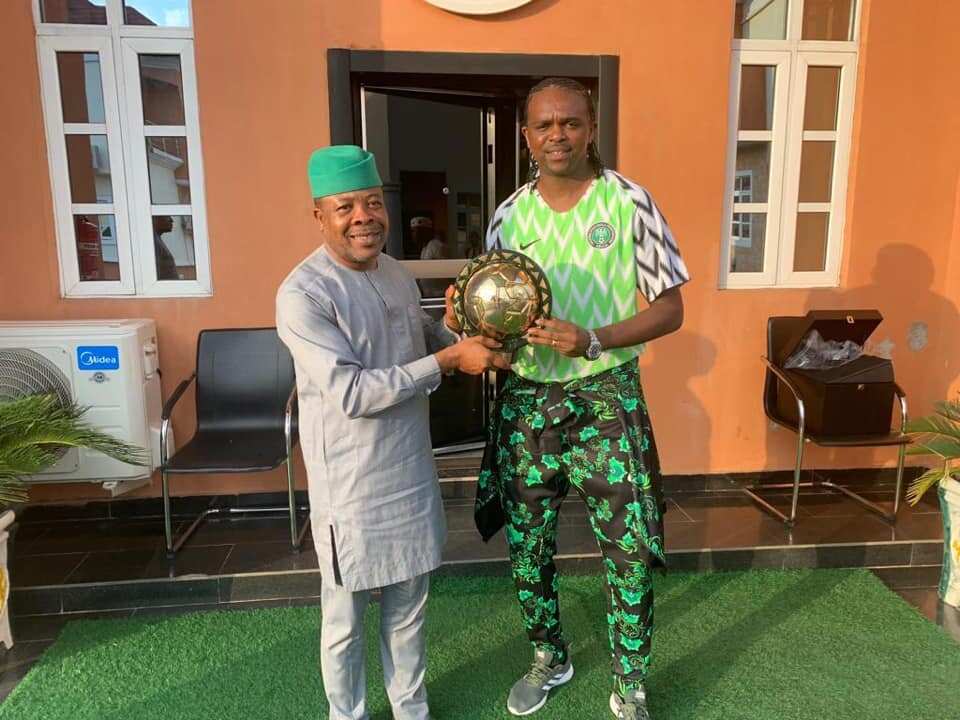 His appointment was contained in a statement on Thursday by Aic Akwarandu, special assistant to the governor on new media. The statement read in part

“In this new role, the Nigeria World Cup skipper will assist the Ihedioha administration on rebuilding the sports sector in Imo State.”

He won a UEFA Champions League medal, a UEFA Cup medal, three FA Cup Winners Medals and two African Player of the Year awards amongst others. The retired soccer star is one of few players to have won the Premier League, FA Cup, Champions League, UEFA Cup, and an Olympic Gold Medal. Kanu is also a UNICEF Goodwill Ambassador.